Balaclavas, Halifax Town, and the City.

Balaclavas, Halifax Town, and the City. 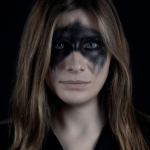 I'm sure we can all agree that being stuck in the middle of a global pandemic can get a little boring.

Once the novelty of not having to hop on public transport to get to work has worn off and you've managed your local non-league club on Football Manager to back-to-back Champions League finals (the only time you've bothered to smarten yourself up for months), the boredom creeps in and you start to scroll through the photo memories on your iPhone.

Longing for the days when you'd dial 999 to report the guy in the balaclava entering the supermarket. Now you can't be sure that it's not all just an unfortunate misunderstanding and he's simply ran out of face masks but is still in desperate need of a pint of milk.

The world's changed and we don't know when we'll get 'normal' back.

That's why I decided to leave my previous job, and that's why I'm here writing this blog.

Well, not quite. I'm not a lunatic who sees the world entering a global pandemic and the economic impact that could have as a trigger point for quitting their job, but I did see it as a way to get out of London.

You see, the whole point of London and it's eyewatering rental costs is to experience living in the city.

But now there is no city. Or not the city that I signed up for.

So, what happens now?

If everyone who was in the city decides to leave the city and escape to the country, does that mean that there is no city?

What does that mean for the businesses that are based in the city because they want to be seen to be in the city?

Was it all just a mirage built up over the years by those who needed a justification for paying 40% more in living costs than their friends in the rest of the country?

Possibly, but I do know you don't need a geographical seal of approval for your talent.

Likewise, if you're a strong brand with a great business concept then your location is never truly a hinderance.

You don't need to hire an agency with a swanky workspace, breakout zones and a rooftop bar to run great campaigns.

That's why when the opportunity came up to join Dark Horse and help them scale their paid social department, I accepted it.

I really related to the brand values. I felt drawn to the up-yours attitude and resentment of shit work from agencies who like to move the goalposts and hoodwink their clients with vanity metrics.

Not that my previous London agency did that. No, they were great and will continue to do great things.

But when you get an opportunity to influence and help an agency scale their department and do your own great things whilst sticking it up the agencies who do shit things, then in my world you take it.

You do something. That's what we're doing. We're doing something in a world that right now isn't really doing anything.

It's going to be tough. There will be hard days.

That said, it's also going to be fun. That's exactly what lockdown has missed, right? It felt like it was time to change things up.

I've been here for two now weeks now and it's clear that my new colleagues are hardworking and passionate about their output.

It's time to put in the graft and help the Dark Horse team continue to shake things up.

After all, Halifax Town no longer need me, they've enjoyed their European success.

And just remember, the next time you're looking for an agency brimming with talent to manage your campaign, the talent you want can often be found on your doorstep.

You might not need the agency in the city.